In strict compliance with the anti-epidemic measures at local and national level, on October 30 and 31, 2020 in the town of Sandanski was held the final conference of the project "Young people - the new promoters of the cultural identity of the cross-border region." The initiative is implemented by the Association Business Information and Consulting Center - Sandanski in partnership with the Tourist Union - Strumica and with the financial support of the European Union through INTERREG - IPA Cross-border Cooperation Program between the Republic of Bulgaria and the Republic of North Macedonia 2014 - 2020.

The conference was broadcast live online, and representatives of the target groups from the Republic of Northern Macedonia had the opportunity to participate in the discussions and to show the short videos shot by the participants in the project activities.

The conference presented the main results of the project - the Academy for Young Promoters of Cultural Heritage, short videos of cultural organizations in the region, the joint cultural calendar of the cross-border region of Bulgaria and North Macedonia, online software for organizing events, etc. . The implementation of the project activities were aimed at supporting and encouraging joint initiatives of young people from both countries to promote and valorize the common cultural heritage of the cross-border region.

In the final part of the conference, the main participants and stakeholders were invited to sign a Memorandum of Cooperation and the establishment of a "Partnership Network of Young Promoters of Cultural Heritage from Bulgaria and the Republic of North Macedonia". The network includes organizations and institutions working in the field of culture and local development, which will unite their efforts to promote the joint promotion and valorization of the common and unique cultural heritage of the cross-border region of the two countries. 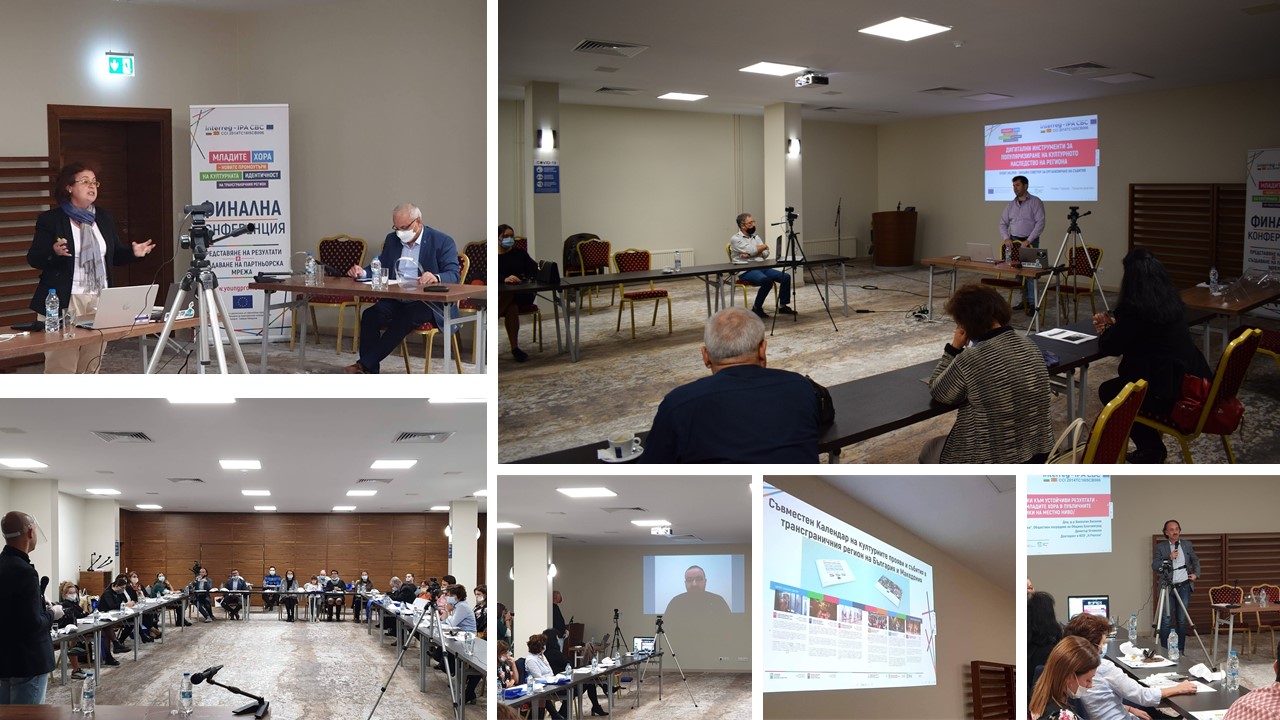 Photo album of the conference: https://photos.app.goo.gl/JU1YQH43R2DBp4hC8